At Whitfords, we want to change this and we have developed the FibrePod: a multi-purpose box made from unprocessed plant fibres.

The FibrePod houses and protects our products in shops and during shipping. It is then given a new lease of life as either a body exfoliator or kitchen scrub that can be used for weeks to come.

At that point, it can metamorphose again, allowing customers to use it to germinate seeds, instead of using plastic pots. And at the end of its (third!) life, you can simply put it in a compost bin or plant it in the garden along with its seedling. 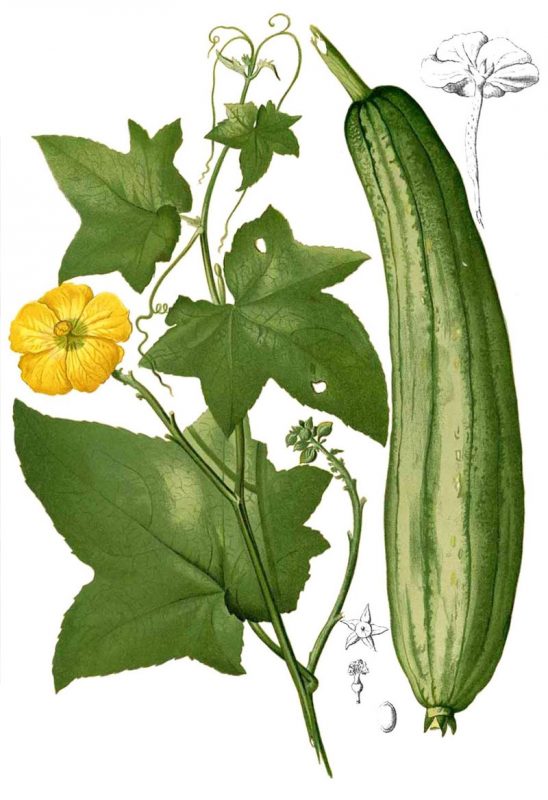 Loofah, also commonly known as Luffa, is the name given to the fruits of certain vine plants within the cucumber family. While there are multiple different types of Loofah plants, there are three primary varieties grown for loofah sponges – Luffa aegyptiaca, commonly known as Egyptian cucumber, Luffa cylindrica, and Luffa acutangula, also known as Chinese okra.

They are also referred to as sponge gourd, as one of the primary uses for this plant’s fruits is to create what we know as loofah sponges.

A common misconception with loofah is that they grow underwater, because their structure is similar to what you’d expect to see from sea sponge or coral.

What is Loofah Used For?

Almost every part of the loofah can be used in some fashion. They are typically grown in tropical or subtropical climates in Egypt, India, Vietnam, China, Japan, and the Philippines, where they’re regularly eaten as part of traditional Asian cuisines. As a vegetable, Loofah is typically steamed, curried, stir-fried, or deep-fried. 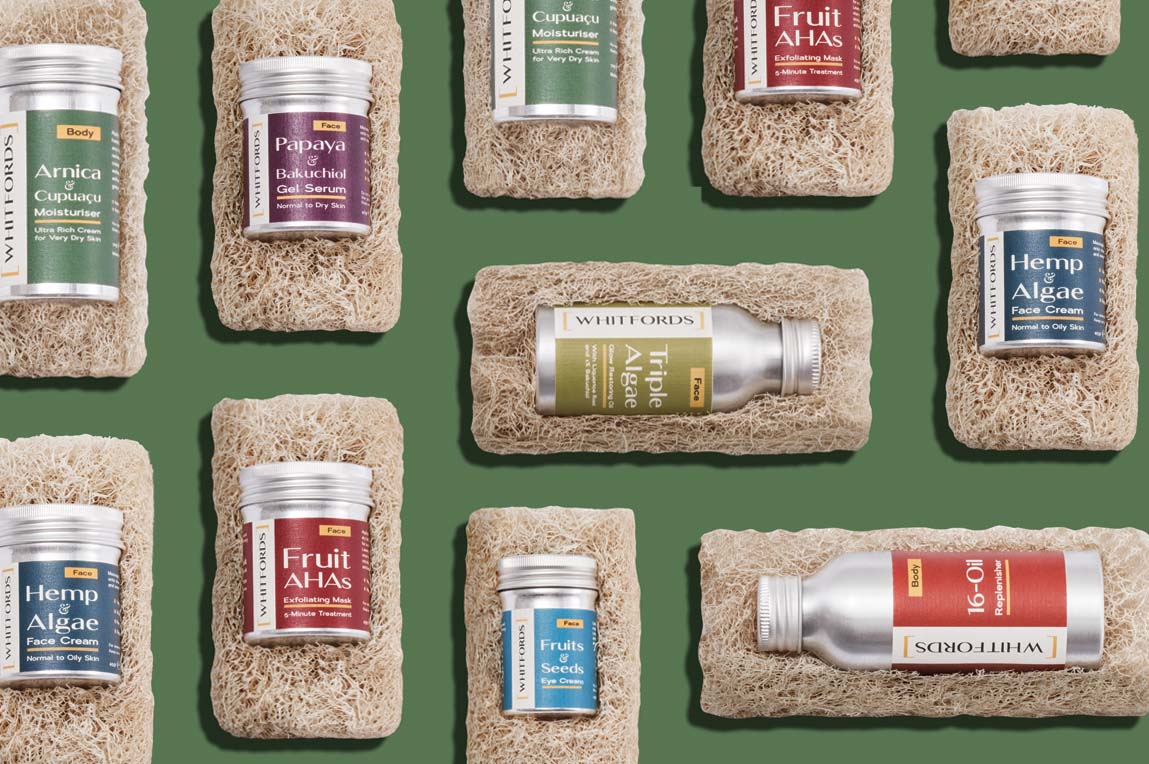 In many areas, the seeds are also processed to extract oils that are used as fertilisers or for feeding to rabbits or catfish. Some parts of India also use the skin of Loofah fruits to prepare chutneys and preserves.

Because loofah is part of the cucumber family, the taste isn’t too dissimilar – most people describe loofah as slightly sweet and mild, with a firmness somewhere between a cucumber and a courgette.

Typically, only the young fruit is eaten as a vegetable. When the fruit has fully ripened, the internal fibrous structure of the Loofah fruit becomes too tough to eat. It’s at this stage that the fruit is left to dry for around three months before it’s processed to remove the skin, flesh, and seeds, leaving behind only the tough network of natural plant fibres that we know as a loofah sponge.

These strong fibres from the mature Loofah fruit have even been used in construction, with some areas of Paraguay mixing these fibres with other vegetable matter and recycled plastic to construct panels for housing.

Loofah is a natural and replenishable resource and more research is being done into its practical applications. Research on Luffa cylindrica has found that it may be used as a natural filter for wastewater and studies show that it is highly effective at removing cadmium from contaminated water supplies, as well as improving fermentation at scale.

How is Loofah Grown in Egypt?

We’ve chosen Egyptian loofah for our FibrePods because it has been bred and cultivated to produce soft, less-abrasive fibres compared to its Asian counterpart, and because Egypt is so well-suited to loofah cultivation.

Even if loofah was only brought to Egypt in the Middle Ages as some scientists estimate, it was either already well-suited for growing in the Egyptian climate or it quickly adapted to thrive there. Luffa aegyptiaca in particular requires well-draining sandy loam soils and, to germinate, requires a warm soil climate.

Loofahs are highly sustainable crops that are easy to grow year after year and Luffa aegyptiaca as a plant variety is extremely quick-growing, despite the fruits taking up to 120 frost-free days to mature. They are propagated by seeds obtained from ripe fruits and watered using irrigation from the river Nile delta or underground wells. The seeds are also dispersed by birds.

It thrives at temperatures between 30-35 degrees celsius and for a full crop yield, this plant also needs a soil moisture content of between 10-15%. All of this makes Luffa aegyptiaca well-suited for cultivation in certain regions of the Nile basin. 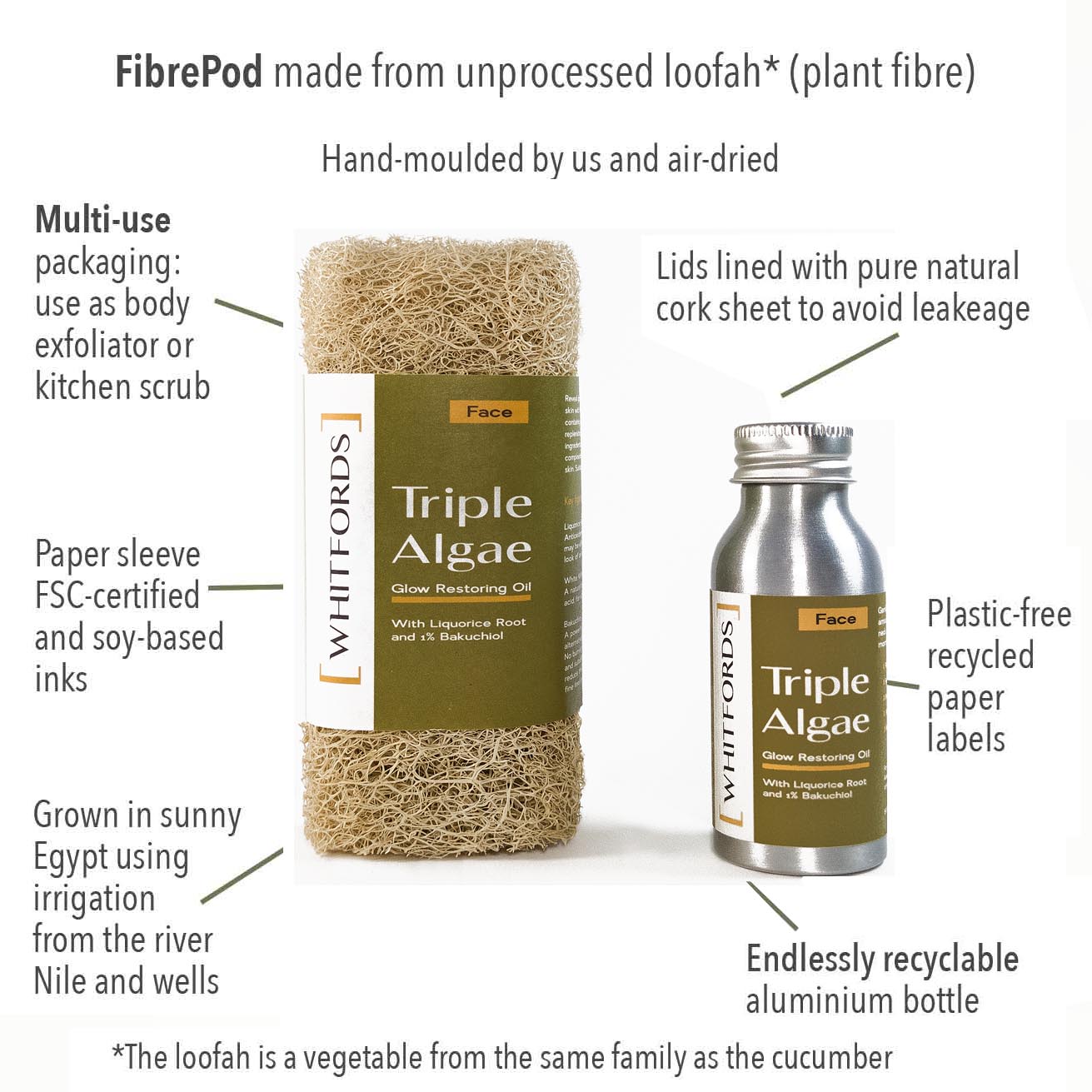 How are the FibrePods made?

Once Loofahs are fully mature they are peeled and sun-dried. We then turn them into FibrePods without the use of energy by hand-pressing them into moulds and letting them air-dry.

When considering suitable materials we also looked at grass paper and even mycelium, but both materials, whilst innovative, rely heavily on several processes that require intense energy use.

Why Switch to the FibrePod as an Exfoliator?

There are so many reasons why loofah sponges are a fantastic plastic-free skincare alternative to shower pouffes and bath sponges. Loofahs have been used for personal care for thousands of years, with the plants even being featured in ancient Roman and Byzantine mosaics dating back to 350-600 CE.

The FibrePods are very soft when wet and perfect as a body of kitchen scrub. You might also be able to use them as a face scrub if your skin is not very sensitive – always try first on a small area.

Dry brushing in particular can dry out your skin, so make sure you’re always reintroducing moisture afterwards. We recommend our Arnica & Cupuacu Body Moisturiser or our 16-Oil Replenisher

One of the most important things you need to remember when you’re using a loofah sponge is to regularly replace them every three to four weeks to avoid bacterial growth.

The FibrePod: A 10-year Journey that Started with a Ring

Whitfords’ founders and loofahs go way back! From jewellery to sculpture and lamps, they’ve proven that this wonderful vegetable has enormous potential for creating sustainable objects: 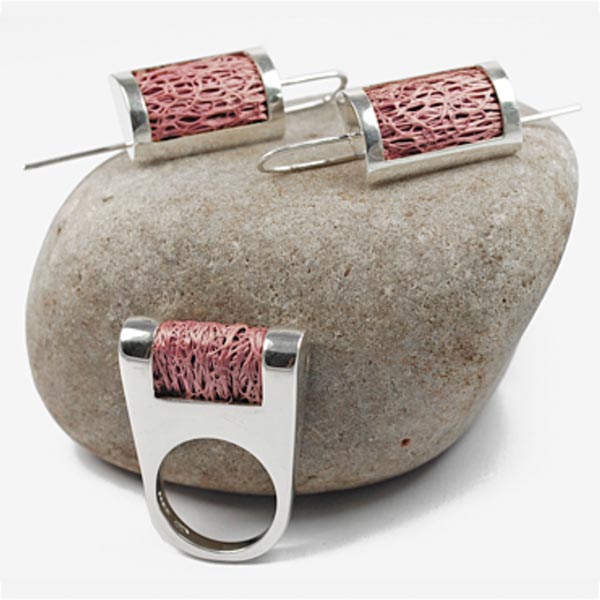 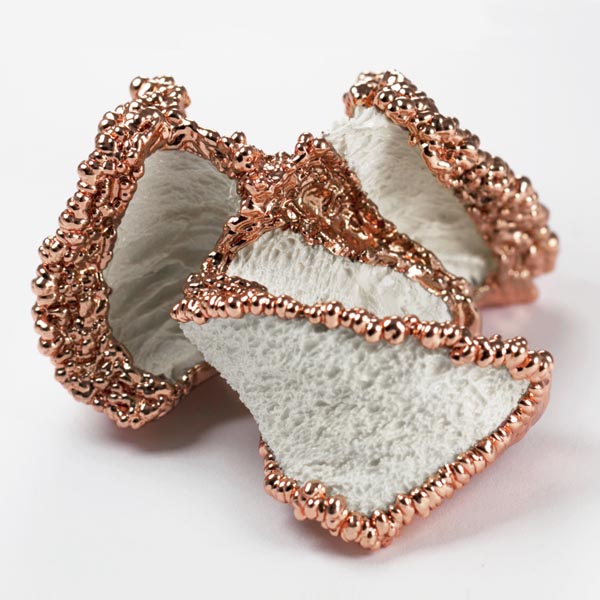 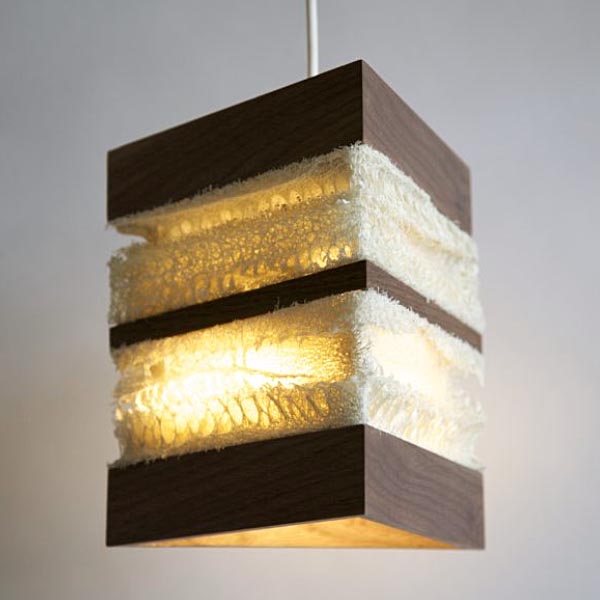 Whilst no solution is perfect, it’s important to keep probing to find better, more sustainable alternatives. We have to keep the conversation moving forwards because the climate emergency and plastic-waste crisis are far from over. 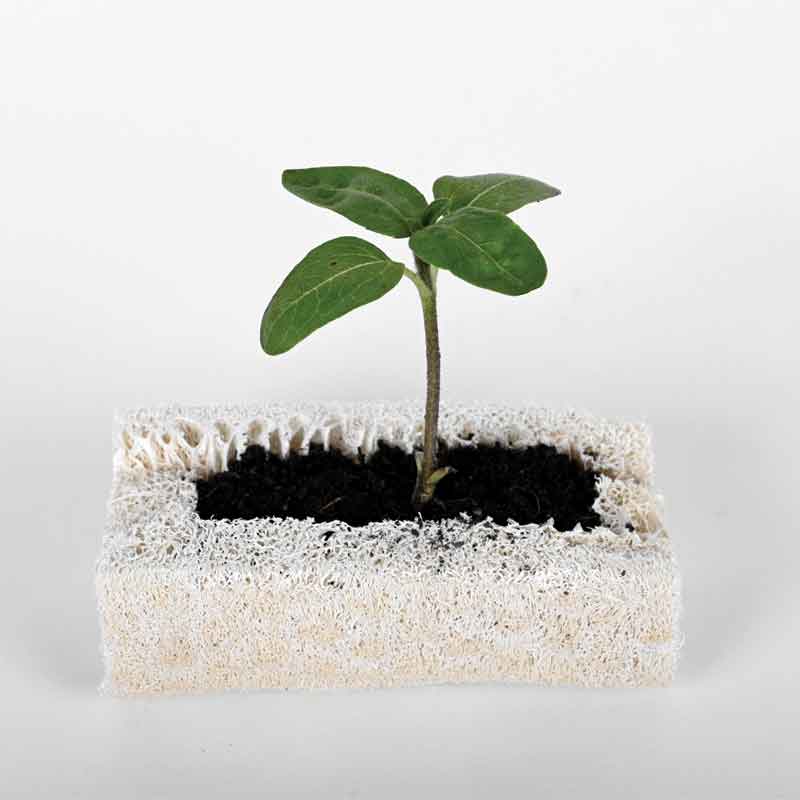 Be part of our journey to make skincare packaging plastic-free, reusable and more sustainable: Explore our range