A restorative, yet gentle day/night cream with a matte finish formulated to effectively target the delicate area around the eyes. It absorbs rapidly, replenishing the skin and may help tackle puffiness and the appearance of discoloration, fine lines and wrinkles. With pomegranate carbohydrates that create a film on the skin’s surface level allowing for a temporary but noticeable lifting effect with increased suppleness. For all skin types, including sensitive skin. No added fragrance or essential oils, just the gentle scent of the botanical ingredients in the formula.⁠ ⁠

For all skin types, including sensitive skin.

In stock (can be backordered)

Ectoin®Natural: protects the skin from allergens, air pollution, dryness and UV light and helps minimise the appearance of wrinkles.

Hyaluronic Acid: obtained by a bacteria-based biofermentation process, it helps the skin retain and maintain elasticity, tone and moisture due to its ability to bind water.

Gotu Kola Extract: also known as Centella Asiatica, has been used in traditional Asian medicine for thousands of years. Its main components are: asiatic acid, madecassic acid, asiaticoside and madecassoside (triterpenes). Both in vivo and in vitro studies document strong wound healing and collagen stimulating properties, as well as scar tissue reduction, anti-inflammatory actions and UV protection abilities. It increases the level of antioxidants in newly formed tissue and it is used in skincare products to restore elasticity and skin firmness.

No added fragrance or essential oils.

Find out where we stand on scent in skincare 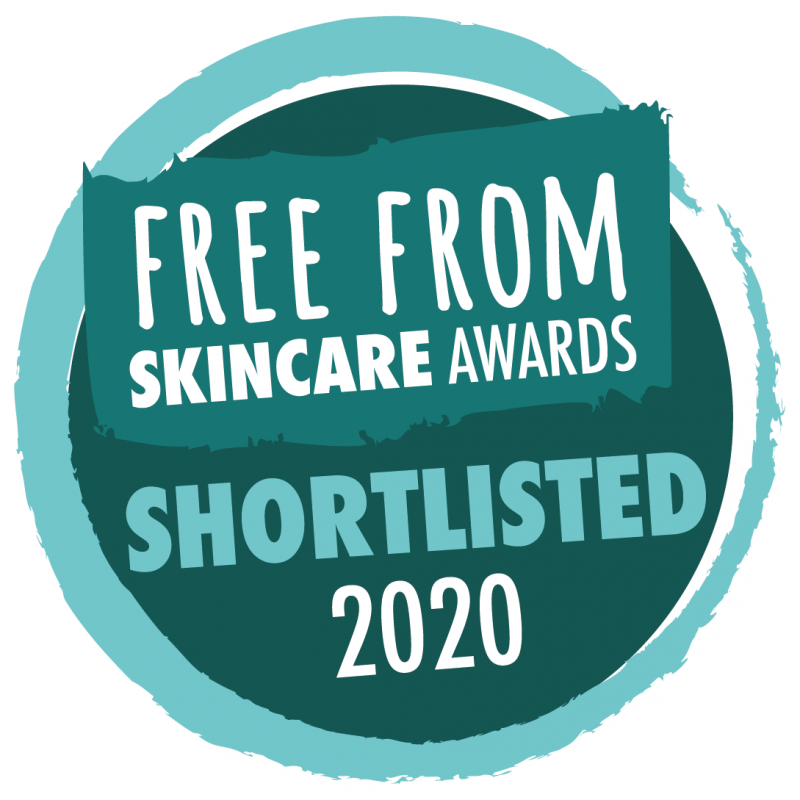 Using your fingertips, massage a small amount of cream onto the skin around and under the eye, morning and evening.

A sophisticated formulation that makes the most of the latest advances in cosmetic ingredients to deliver results. The result is an elegant cream with superb skin sensorial and a matt finish.

Aqua (Water). It's a liquid at standard temperature and pressure with the chemical formula H2O: one molecule of water has two hydrogen atoms covalently bonded to a single oxygen atom.

Sclerocarya Birrea (Marula) Seed Oil
Sclerocarya Birrea (Marula) Seed Oil. Marula oil is extracted by cold-pressing the kernel of the fruit of the Sclerocarya birrea, a tree indigenous to Southern and West Africa related to the mango. There are are male and female trees and the female carry the fruits. Coincidentally, women are the primary producers of marula products so its commercialisation provides an income for themselves and their families. Marula oil is non-irritant and has moisturising and hydrating properties. It is considered a biomimetic oil (bio = life, mimetic = imitating) due to its high content of oleic acid and the presence palmitic acid; very similar to those present in our skin. It absorbs fast, does not feel heavy at all and has the ability to smooth out dry flaking skin. ⁠
Squalane (from Olives)

Olive squalane is an emollient - it softens the skin - derived from olive oil. It is similar to squalene, which occurs naturally in the sebum produced by the sebaceous glands in our skin. It is very light, it has great spreading properties and it's quickly absorbed by the skin leaving no oily residue.

Simmondsia Chinensis (Jojoba) Seed Oil (Organic)
Simmondsia Chinensis (Jojoba) Seed Oil. This oil is obtained by cold pressing of the seeds of the jojoba – a shrub that is native to southern Arizona, southern California and northwestern Mexico. Moisturising with protective qualities. It absorbs quickly and leaves a silky finish on the skin. Its chemical structure very similar to human sebum, making it an excellent match for the wax/oil secreted by human skin and hair and is good at mimicking skin collagen. This may help balance oily skin. A high vitamin E content gives the oil natural, anti-oxidant properties. Other vitamins within the oil – B1 and B2 and B6.
Glycerin
Glycerin. Palm-free vegetable glycerin is a humectant which draws water to the skin. It has wonderful emollient and water-retaining properties. It boosts skin elasticity.
Lactobacillus

Lactobacillus. It's one of the species of microorganisms used to produce fermented products, such as kimchi and sauerkraut, a Korean dietary staple, from cabbage. Like many members of the lactic acid bacteria family, Lactobacillus is capable of restricting the growth of other microorganisms by acidifying its environment. However, Lactobacillus also produces novel antimicrobial peptides, known as bacteriocins, that are capable of providing broad spectrum antimicrobial protection.

Mauritia Flexuosa (Buriti) Fruit Oil
Mauritia Flexuosa (Buriti) Fruit Oil. It's extracted from the fruit bulb of Mauritia flexuosa, a palm tree of Amazonian origin. It has a beautiful satin-like skin feel and it's dark yellow/orange because of its very high beta-carotene content (an antioxidant that is a precursor of vitamin A) and tocopherol, also an antioxidant. It is high in oleic acid and contains considerable amounts of palmitic acid, and emollient that helps soften and soothe the skin whilst creating a thin protective layer to help prevent water evaporation. Traditionally used for the prevention of photo-ageing and sun damage, as well as cicatrising and antibacterial.
Lactobacillus Ferment

Lactobacillus Ferment. Lactobacillus is one of the species of microorganisms used to produce fermented products, such as kimchi and sauerkraut, a Korean dietary staple, from cabbage. Like many members of the lactic acid bacteria family, Lactobacillus is capable of restricting the growth of other microorganisms by acidifying its environment. However, Lactobacillus also produces novel antimicrobial peptides, known as bacteriocins, that are capable of providing broad spectrum antimicrobial protection. During the manufacturing process, lysozyme is added to the ferment filtrate to facilitate a controlled cell lysis to ensure the release of the antimicrobial peptides for maximised activity.

Arachidyl Alcohol. It's a waxy substance used as a thickening agent and emollient. It's not the type of alcohol that can be drying on the skin (ethanol). Arachidyl Alcohol is what it's called a "fatty" alcohol and it's moisturising.

Punica Granatum (Pomegranate) Extract. Pomegranate is highly useful for entrapping moisture. When isolated, the higher weight carbohydrates of pomegranate create a film on the skin’s surface. This film layer acts as a barrier enhancement where hydrating spheres can hold moisture at the surface level allowing for a noticeable lifting effect with increased suppleness. For this reason, pomegranate carbohydrates are capable of creating immediate lifting effects and optimising skin barrier functions.

Lactobacillus/Cocoa Fruit Ferment Filtrate. Cocoa contains several classes of materials with strong biological activity. Most notably, cocoa is rich in xanthine alkaloids, flavonols, and related oligomers. This cocktail of phytochemicals provides some interesting benefits that can be harnessed by cosmetic formulators to solve specific problems. Research shows that Cocoa can reduce platelet aggregation, inhibit lipid peroxidation, inhibit excess Ornithine Decarboxylase (ODC) activity, and stimulate cutaneous blood flow. With the enhanced delivery of phytoactives resulting from biofermentation with Lactobacillus, this bioferment is ideal for the treatment of under eye circles.

Cocos Nucifera (Coconut) Fruit Extract
Cocos Nucifera (Coconut) Fruit Extract. The coconut tree is a member of the palm tree family. We are all familiar with this humble, yet powerful and versatile food and skincare ingredient. The oil is traditionally used for its moisturising and conditioning benefits for both skin and hair. A lesser known function of fermented coconut is as a natural preservative, helping prevent the growth of fungus - specifically yeast and mould - in skincare products containing water
Sodium Hyaluronate
Sodium Hyaluronate. Made by producing enzymes from a bacteria based biofermentation process, it has moisturising, film forming and nourishing properties. enhanced skin feel as well as nourishing and anti-aging properties.
Centella Asiatica (Gotu Kola) Extract

Both in vivo and in vitro studies document strong wound healing and collagen stimulating properties, as well as scar tissue reduction, anti-inflammatory actions and UV protection abilities. It increases the level of antioxidants in newly formed tissue and it is used in skincare products to restore elasticity and skin firmness.
Camellia Sinensis (Green Tea) Leaf Extract
Camellia Sinensis (Green Tea) Leaf Extract. This is an Ecocert certified caffeine powder derived from green tea leaf extract. Caffeine is an alkaloid belonging to the xanthine chemical group and has long been used in cosmetics for lipolytic activity by increasing the cAMP, activating the lipase responsible for the hydrolysis of triglycerides in the adipocytes. It has antioxidant, UV protective, anti-inflammatory and antimicrobial properties.
Leuconostoc/Radish Root Ferment Filtrate
Leuconostoc/Radish Root Ferment Filtrate. Antimicrobial, conditioning and moisturising ingredient based on an antimicrobial peptide originally derived from the lactic acid bacteria, Leuconostoc kimchii. L. kimchii is one of 15 species of microorganisms that make up the mixed culture used for producing the Korean dietary staple known as kimchi, a type of fermented cabbage. Made by modern fermentation and bioprocessing technology.
Behenyl Alcohol

Behenyl Alcohol. It's a saturated fatty alcohol - not to be confused with drying alcohols like ethanol, isopropyl alcohol or alcohol denat. It is used to increase the viscosity in formulations and as an emulsifier, allowing water-based ingredients and oil-based ingredients to mix and stay together.

Tocopherol (Vitamin E)
Tocopherol (Vitamin E). In skincare, it protects both the product and the skin and hair against oxidation. We use one of the purest forms of cosmetic Vitamin E possible, with a minimum of a 70% mixture of Alpha, Beta, Gamma and Delta tocopherols in Sunflower Seed Oil. Palm-free.
Vanilla Planifolia (Vanilla) Fruit Extract
Vanilla Planifolia (Vanilla) Fruit Extract. Vanilla bean pods are infused directly into Organic Sunflower Oil (Helianthus Annuus Seed Oil), with added Tocopherol, a natural antioxidant which is used to aid shelf life. The result is a nourishing oil with a mild sweet and delicious scent.
Arachidyl Glucoside

Arachidyl Glucoside. It's the product obtained by the condensation of Arachidyl alcohol with glucose. It's an emulsifier, meaning it helps mix the oil-based and water-based ingredients in creams and lotions. Without emulsifiers, this wouldn't be possible.

Rosmarinus Officinalis Leaf Extract. This extract comes from the dried leaves of the familiar rosemary plant (Rosmarinus officinalis L.), from which a dark brown, viscous liquid is obtained using a process called supercritical carbon dioxide extraction.⁠ ⁠ The presence of phenolic diterpenes (mainly carnosic acid and carnosol) have been recognised to have potent antioxidant properties which retard the oxidation of fatty and essential oils, as well as carotenoids. This inherent attribute helps prolong the oxidative shelf-life of our finished products.⁠ ⁠ The aromatic plant, with its strong, distinctive smell, has long been used in folk medicine as it also has some antimicrobial and anti-inflammatory properties.

Sodium Anisate
Sodium Anisate. Plant derived organic acid with broad antimicrobial activity.
Xanthan Gum
Xanthan Gum. A very common thickener and emulsion stabilizer. A polysaccharide (chain of sugar molecules) produced via fermentation.
Silica
Silica. It is used to help thicken up products, also as a mattifying ingredient as it can absorb oils.
Sclerotium Gum
Sclerotium Gum. A polysaccharide - similar to Xanthan Gum - that is used as a natural thickening and gelling agent, to stabilise creams and lotions.
Gluconolactone
Gluconolactone. A polyhydroxy acid (PHA). It's found in its natural state of gluconic acid in fermented products. It has moisturising benefits on the skin, as well as the powerful ability to help with fine lines and wrinkles.
Lecithin
Lecithin. Emollient - it makes the skin soft - and water-binding ingredient.
Pullulan

Pullulan. A polysaccharide produced from starch by cultivating the yeast, Aureobasidium pullulans. Used in cosmetic formulations as a thickener. It also creates a thin, elastic film on the skin that can have a tightening effect.

Arginine. Abbreviated as Arg or R, is an amino acid with the molecular formula C6H14N4O2. It is used as a PH adjuster. The arginine we use is prepared by fermentation.

*One game per user