In the first of a four-part series, we’re looking at some of the innovative ways that scientists and researchers are harnessing the power of algae to combat many of humanity’s most urgent problems.

From battling climate change to addressing food security, these humble aquatic plants have significant potential in the search for a more sustainable, equitable future.

Podcast version
Listen here or with your favourite paodcast app: 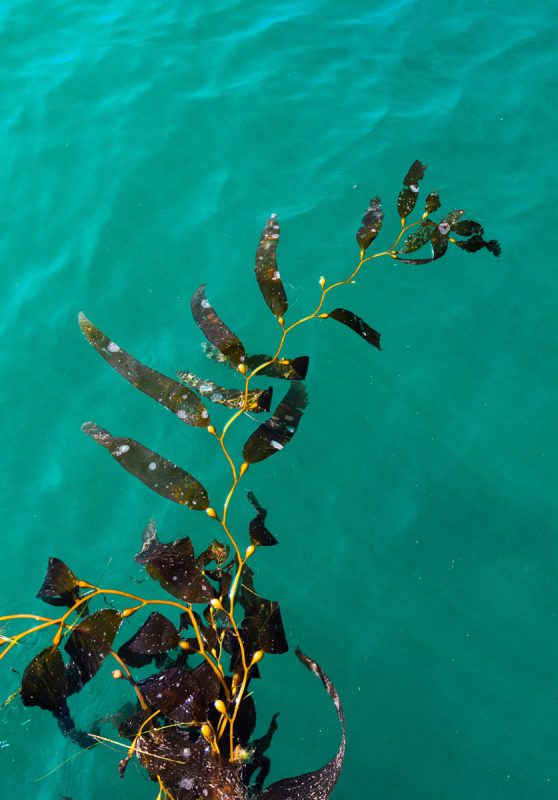 Photo by Caleb Kastein on Unsplash

What Are Algae and Why Are They Special?

Algae are, loosely speaking, plants. There are many different species, some growing in freshwater and some in salt water. Like terrestrial plants, algae photosynthesise, which means they take in carbon dioxide and produce oxygen.

Unlike most plants, however, algae don’t have roots, leaves, or true stems. They come in many different sizes, from microalgae that can only be seen with a microscope to giant kelp, which can grow up to 100 feet tall.

So, what is so special about algae? Well firstly, algae are responsible for producing around half of the world’s oxygen. Without them, there would be no life on earth – scientists believe that it was the evolution of oxygen-producing microalgae that changed the earth’s atmosphere to make it capable of supporting other forms of life.

Many species of algae can grow where other plants can’t – in salt water or wastewater. This means that they can be grown without competing with other plants for land space. No need to cut down any trees to create new fields.

Algae require fewer resources to grow than most other crops too since their simple cell structure means they are very efficient at absorbing nutrients, carbon dioxide, and water. And they are fast-growing, making them a sustainable and renewable crop with fewer of the issues that can affect conventional, land-based agriculture. 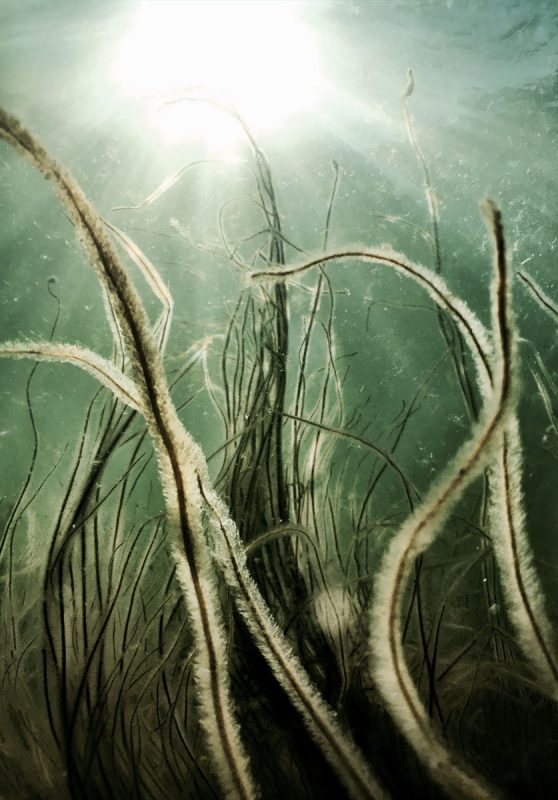 How Can Algae Save the World?

Fast-growing, space-saving, and undemanding – there are many reasons that algae make an attractive crop. But those qualities on their own aren’t enough to explain the surge in interest in the potential of algae to tackle some of our most pressing global issues.

For that, we need to look more closely at some of the ways algae can be harnessed to support efforts to create a more sustainable future.

Although there has been some progress in recent years, BP’s 2021 report on global energy consumption reveals that over 83% of the world’s energy still comes from fossil fuels.

Clearly, there is still a long way to go. And this means that reducing carbon dioxide emissions on its own will not be enough to keep global warming below the crisis point. We also need to embrace ways of reducing the amount of carbon already in the atmosphere.

Carbon capture and sequestration have become a hot topic in environmental circles – the more carbon we can store away from the atmosphere, the better our chances of keeping global warming below the 2˚C tipping point.

Where do algae come in? Like other plants that perform photosynthesis, seaweed and microalgae naturally capture carbon dioxide from the atmosphere and store it as plant matter. But where microalgae have a particular advantage over land-based plant species is the efficiency with which they do this.

Compared with terrestrial plants, microalgae are around 10 times more efficient at photosynthesis. They can also continue to thrive when exposed to high concentrations of carbon dioxide. And their fast growth speed also adds to their potential as a carbon sink.

Once that carbon is captured, the algae use it to grow more algae – which in turn can be used to make biofuel, food, and medicine. Something harmful is transformed into something nutritious and sustainable – nature working at its best.

The hunt for more environmentally-friendly fuels has been going for many years now. Instead of making use of historic carbon deposits (aka fossil fuels), these biofuels use renewable sources, such as plants or animal waste.

However, biofuels aren’t without their issues. Many are made from crops like maize, soybeans, sugarcane, and corn. This means they require plenty of land – competing with space for food growing and driving deforestation.

According to research from World Resources Institute, three-quarters of the planet’s viable growing land is already used by humans. With a growing population, this doesn’t leave us any room for expansion. 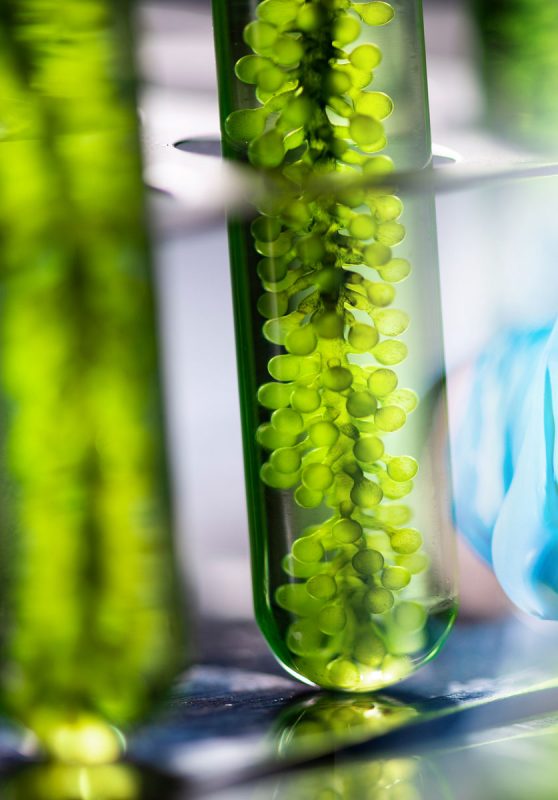 As well as land, growing crops to make biofuels uses lots of resources, including water and fertiliser.

In contrast, algae are fast-growing, don’t compete for land space, and require fewer resources than conventional land-grown crops. Scientists writing in BioResources also argue that microalgae have the potential to produce a high yield per hectare than other sources of biofuels.

As yet, using algae as a source of biofuel has proved uneconomical. Campaigning groups, like Friends of the Earth, believe that we’re better off concentrating our efforts on solar and wind power, which show more promise.

However, some still remain convinced of the potential of algae as a renewable source of fuel. ExxonMobil, which is better known for hiding evidence of human-caused climate change, is investing millions in researching and developing fuels derived from algae.

It remains to be seen whether Exxon’s gamble will pay off or is just an expensive publicity stunt. In the meantime, biofuel isn’t the only potential use for algae, fortunately. 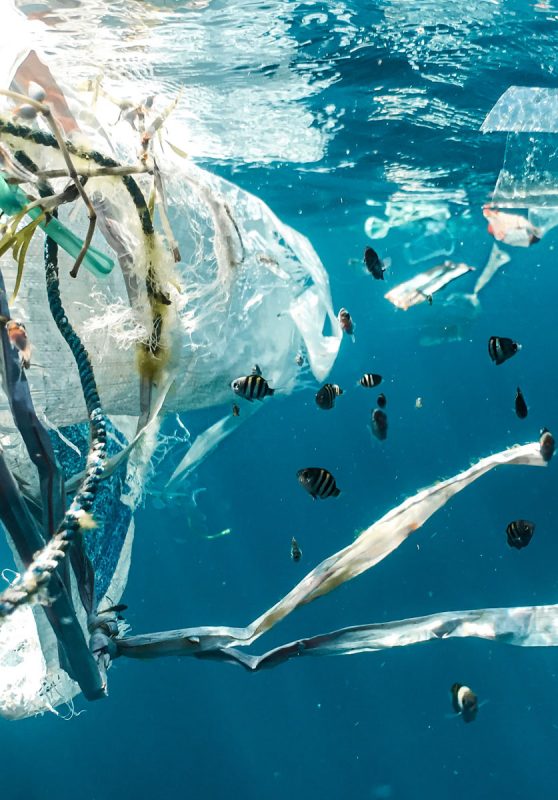 Plastic waste is another huge global issue. Not only does plastic pollute our seas and waterways, damaging marine ecosystems and harming wildlife, but most are also derived from fossil fuels. The manufacturing process is polluting, and the end products are often toxic to human health.

As a plastic-free skincare brand, we’re always keeping our eye on innovations that act to reduce plastic waste. And it seems that this is another area where algae have potential.

There are two main ways that algae might provide a solution to the issue of plastics. The first is in degrading the plastic itself, and the second is in creating a biodegradable, plant-based alternative to plastic materials.

Researchers have realised that some microalgae can produce enzymes that break down plastics. The algae can then use the carbon from the plastic as a source of food, transforming it into vital nutrients.

An extra bonus of using algae to tackle plastic waste in our oceans is that algae can thrive in exactly the marine environments where this kind of action is most needed.

However, algae aren’t just useful for degrading the plastic that already exists. They also have the potential to replace oil-based plastics altogether, at least according to Dutch designers, Klarenbeek and Dros.

The two designers have already invented a process that uses starch from algae to create a polymer, which is then used to 3D print all sorts of different objects.

Lightweight and strong, but biodegradable, these algae-derived plastics show true potential as an alternative to conventional oil-based plastics.

We’ve already seen how algae can thrive in conditions where other plants can’t grow. This superpower means that algae could be useful in removing pollution from wastewater, another huge environmental issue.

Water is a precious resource, especially with increasing competition from our ever-growing global population. Many regions already experience chronic shortages. Access to clean, safe drinking water is vital to human health, and we rely on it too for growing food, cleaning, cooking, and many other daily processes.

However, even our existing water sources are at risk from industrial and agricultural pollution. Contaminants make the water unsafe to drink and upset the careful balance of aquatic ecosystems.

One consequence of polluted water is eutrophication – the overgrowth of algae due to the presence of extra nitrogen and phosphorus, usually from agricultural fertilisers. So, it is ironic that algae might also present a possible solution to the issue of water pollution.

A 2012 review of algae for treating wastewater notes that this ability to thrive in nitrogen- and phosphorus-rich water is exactly what makes algae an option for removing these polluting chemicals.

Algae absorb inorganic nitrogen and phosphorous and use them for their own growth. They can also remove heavy metals, bacteria, and some toxic chemicals. Once they’ve done their job of cleaning the water, the algae can then be used to make bioplastics or (perhaps) biofuels.

Some seaweed is already a regular part of the human diet (think nori in Japan, laverbread in Wales, and the growing popularity of spirulina in green smoothies). But seaweed and other algae may play an even greater role in our food in years to come.

As we’ve seen, algae grow fast and don’t compete with other crops for agricultural land, making them a sustainable crop. They are also high in nutrients, including protein, dietary fibre, vitamins, amino acids, and omega-3 oils.

This last is particularly interesting to the vegan community. Omega-3 is essential to our brain function, cardiovascular systems, and joint health. But one of the best sources of it is oily fish, which are obviously off-limits for anyone on a vegan diet.

Algae are one of the few plant-based sources of the omega-3 fats DHA and EPA, which are the two that protect our hearts. Algae also contain B12, a vitamin that is otherwise only found in animal products, some mushrooms, and fortified foods.

By providing these essential nutrients, algae make it easier to fulfil our nutritional needs from a plant-based diet. In turn, this makes it possible for us all to eat less meat.

An increasing number of dietary supplements use algae as a main ingredient. Chlorella and spirulina are the main species and are often hailed as superfoods. In the meantime, it is becoming more common to see seaweed on restaurant menus and on the shelves of health food stores.

All those nutrients are good news for our skin as well as the rest of our health. We use algae in our Hemp & Algae Face Cream and our Triple Algae Glow Restoring Oil to moisturise, repair, and nourish your skin. 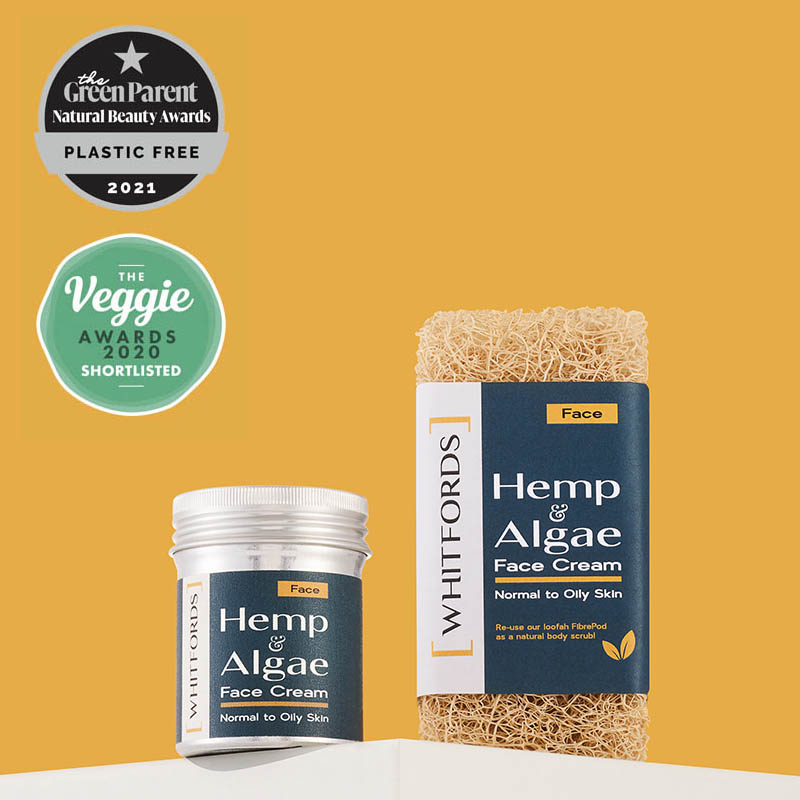 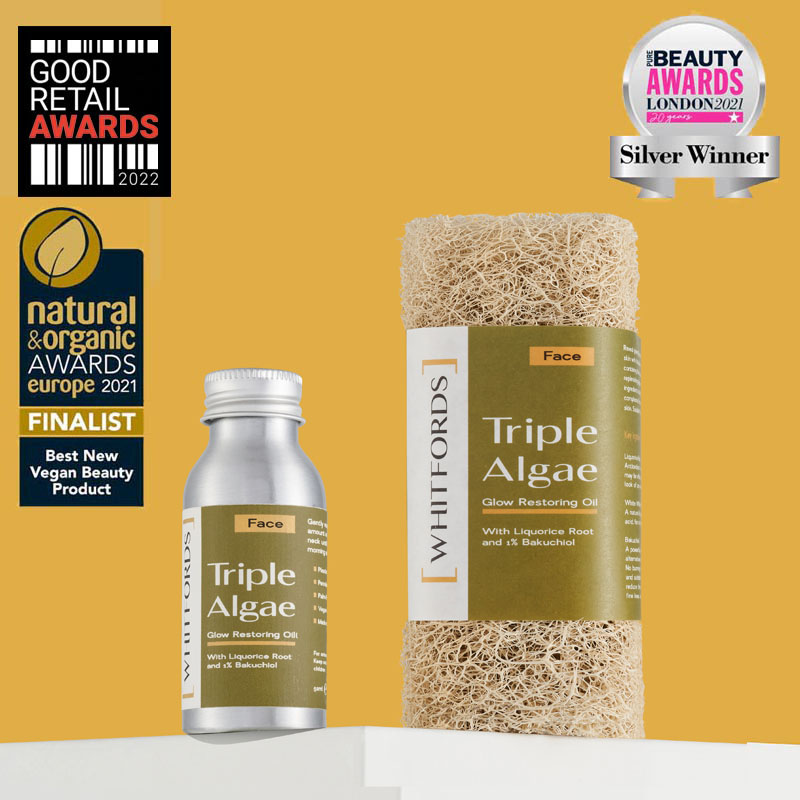 University of Bristol, Blue-Green Algae Key to Unlocking Secrets of Ancient Past